The logo of the ISU has a round shape. The portrait of Gavrilo Romanovich Derzhavin is placed in the center and on the outer edges the name of the university is inscribed. The lower part of the logo is an open book as a symbol of knowledge and education.

The logo of the university is used on the issued diplomas, certificates, memos. The gold version of the logo was used for the 10th anniversary. The same version is used for the plaque “Derzhavin” which is given to the persons who have made significant contributions to the development of the university. The logo in English is for international use.

The flag of ISU is rectangular in dark red, interspersed with darker and lighter decorative elements with irregular shape. The logo of ISU is in the middle. The name of ISU (in the first row) International Slavic University, (in the second row) Gavrilo Romanovich Derzhavin is written under the logo of ISU in two lines with the font StobiSans Bold and capital letters. 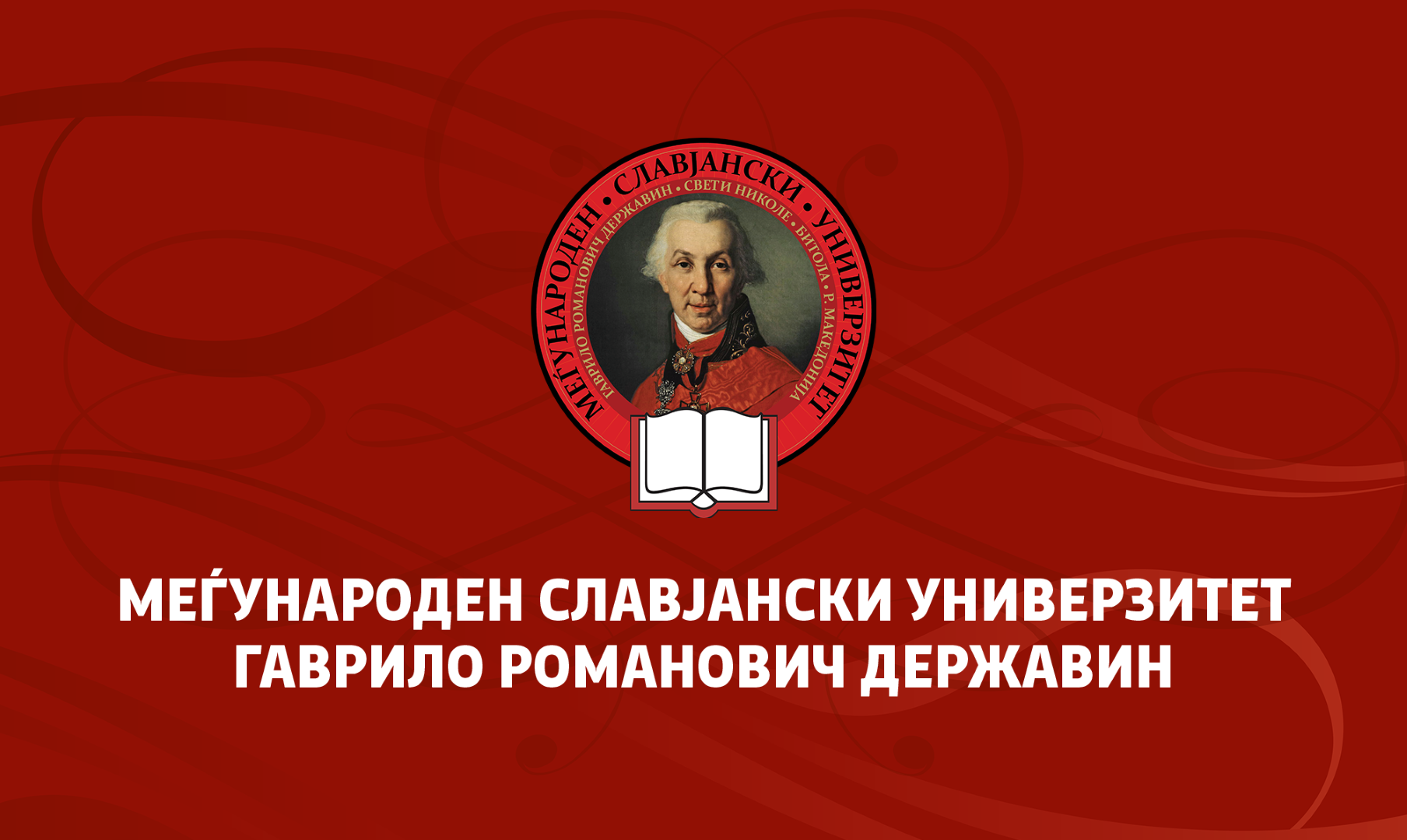 The flag of ISU is constantly displayed on the building of the Rector’s Office and on the buildings of the units and the accompanying members. The flag of ISU is displayed on the occasion of patronal holiday of ISU, celebrations, festivities and other activities, which are important for ISU and its units and the flag can also be displayed during international university meetings. Competitions and other gatherings in accordance with the rules and practice of holding these gatherings, as well as sport competitions and other sport activities of ISU and its units.

The anthem of the university is written by Lazar Cvetkovski and is sung by the famous Macedonian singers Dimitar Andonovski and Darko Ilievski, who are our alumni.

The anthem is performed at celebrations organized by the university as awarding diplomas and opening ceremonies, promotions, cultural events, etc. It is also used in promotional videos for the university, and for each department separately. 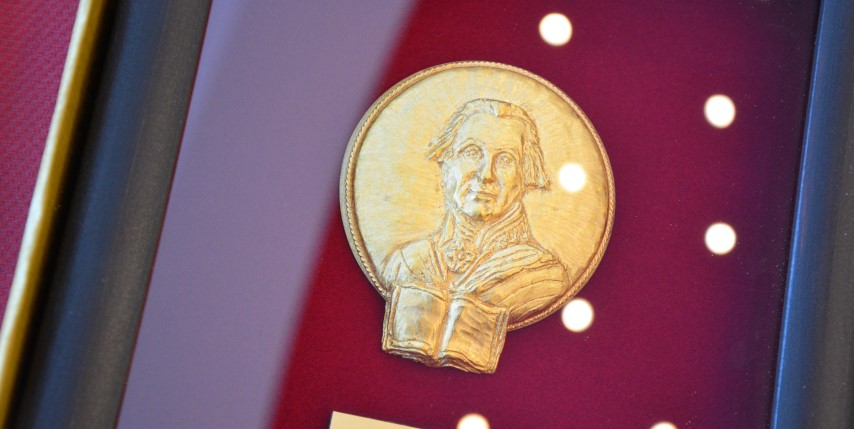 The plaque is awarded to deserving legal entities and individuals who have made a special contribution to the development of ISU with their work in the field of teaching, education, scientific research and art.

Along with the plaque, a bust with the image of G. R. Derzhavin is also awarded.

Gowns are used for ISU ceremonies, celebrations, promotions of new generations, presentations of ISU or the units at the international or interuniversity meetings and similar activities. 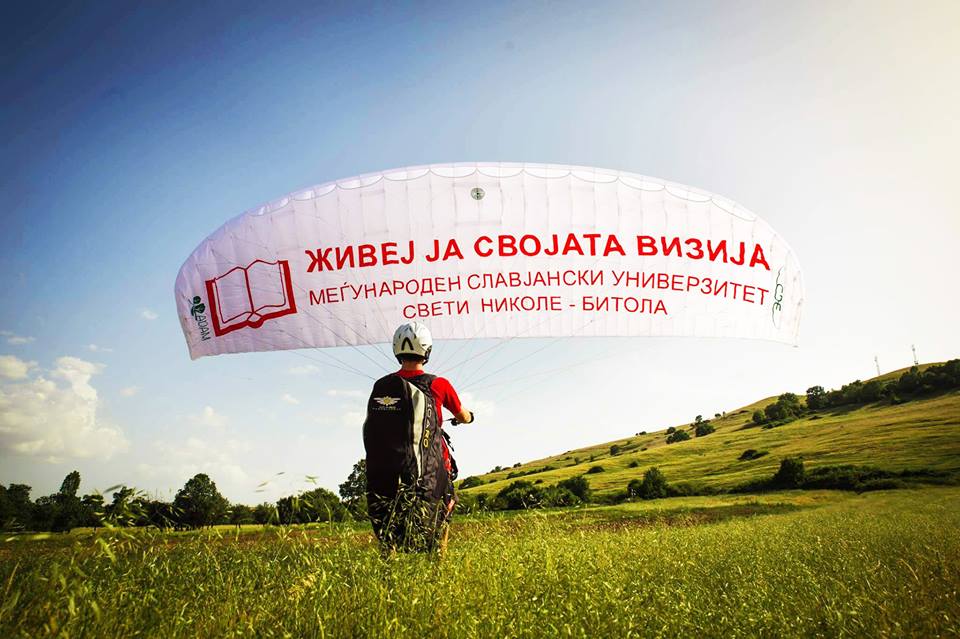 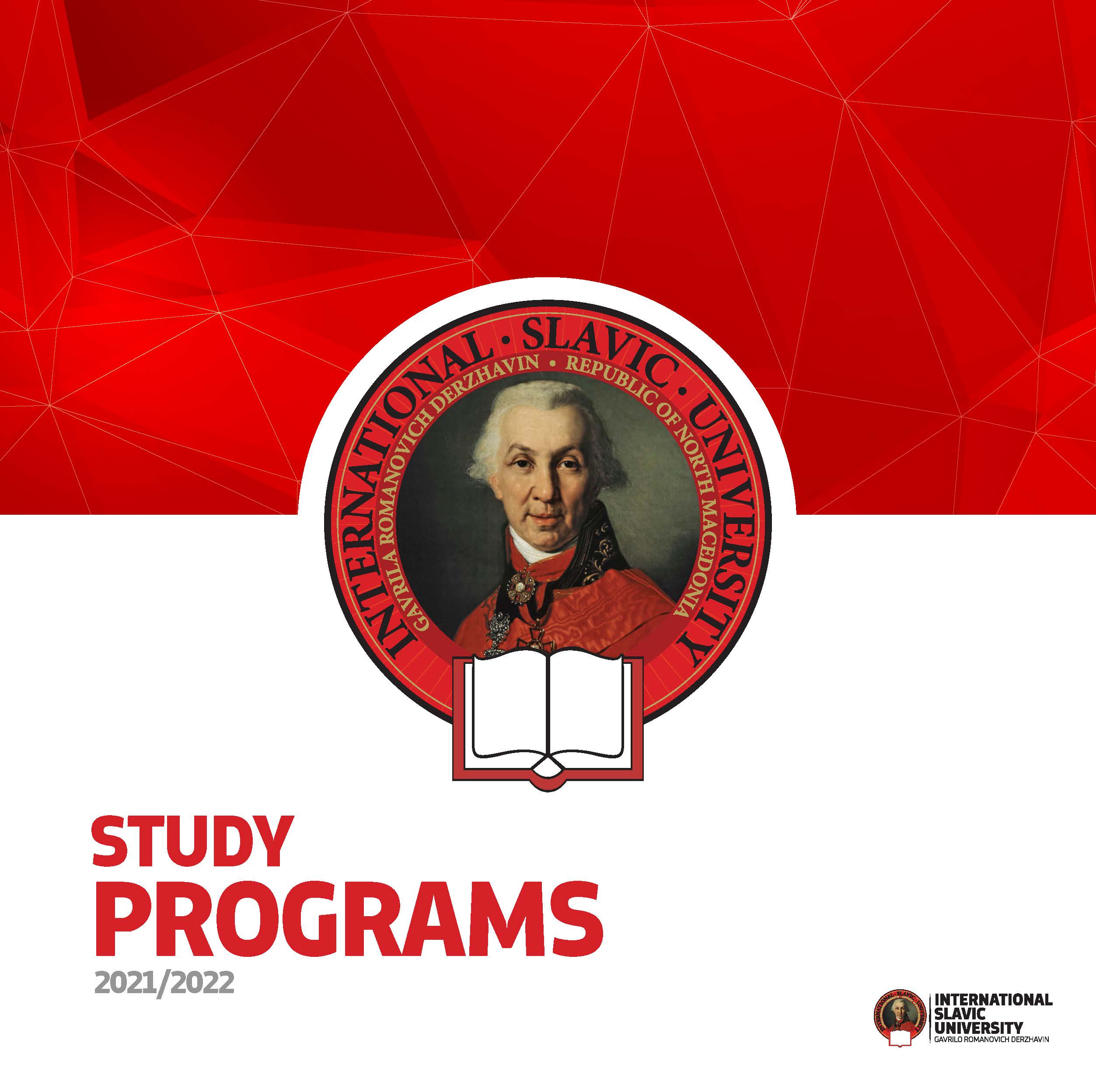